Pauline Hanson’s One Nation Party has just won three Senate seats in Federal Parliament. Shamefully, Tony Abbott’s Coalition government laid the ground for it to attract more support by deliberately creating a climate of fear and Islamophobia for political ends.

One Nation asserts that Islam is not a religion but a political ideology and one of its primary policies is for a Royal Commission to make a determination on this issue. It also advocates:

While Pauline Hanson is often not taken seriously becaue of her unsophisticated manner, the fact that she attracts constant media attention with her outrageous statements means that anti-Muslim rhetoric will become more normalised in this country over the years ahead.

When Muslims do not hear equally loud voices condemning prejudice against them they can feel that others share Hanson’s views and feel insecure and unwelcome in their own country. This is a feeling that people like the son of Curtis Cheng, the Sydney man killed by a Muslim teenager, remember from Hanson’s targeting of Asian and Aboriginal people in the 1990s. His letter asking Hanson to stop invoking the death of his father to vilify the entire Muslim population is an inspiring, generous example of action against bigotry. Others that can be found in the Inspiring Acts section of our website show that there are plenty of Australians who oppose the message Hanson and other anti-Muslim groups want to spread. But these groups are organised and well financed and it’s time for those who oppose them to organise too.

By speaking up, we can minimise the votes these parties attract and let Muslims know there are non-Muslims willing to speak out against the hate mongering directed at them. 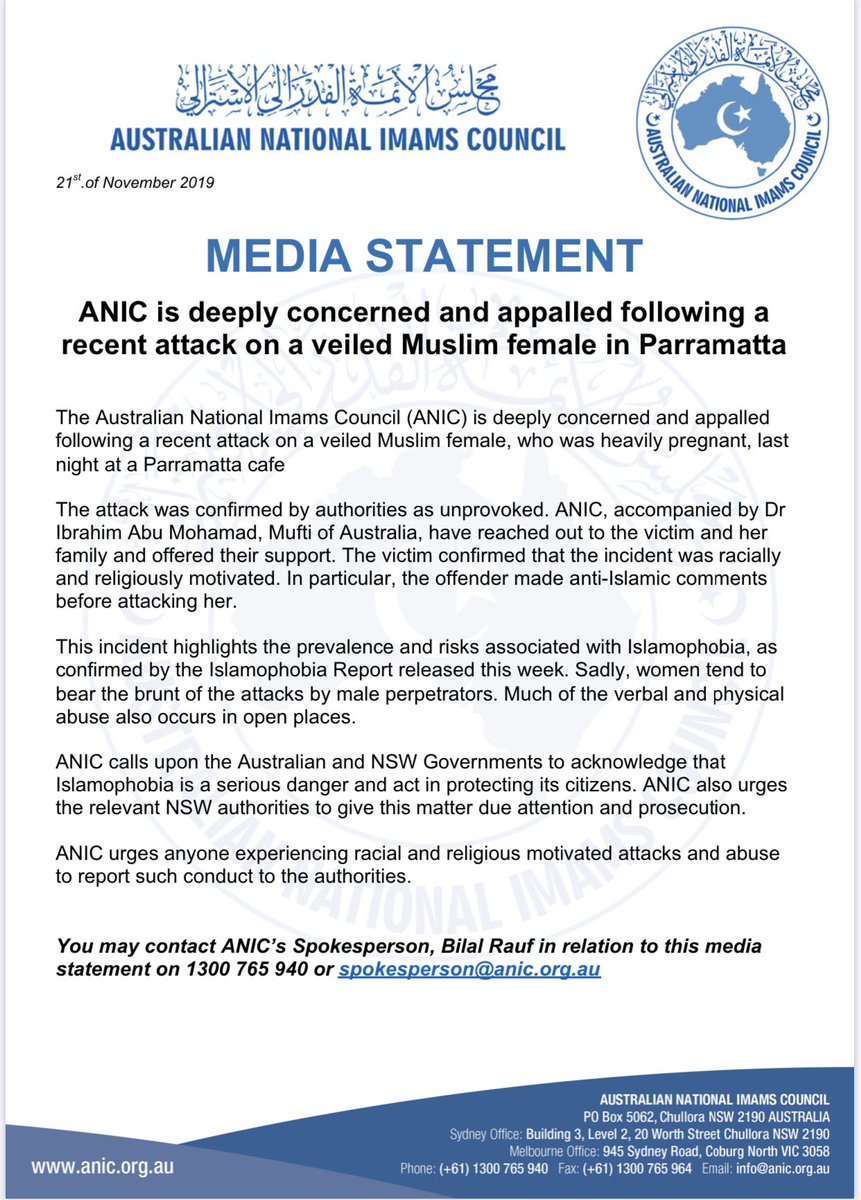